The ultimate three passes trek which route takes us in highland over 5000 meters: Renjo La, Cho La, Kongma La – also gives an opportunity to experience the local Sherpa culture and completes the adventurous journey through the Everest region.

Journey to the Three Passes.

Three passes trek is a thrilling adventure in the Himalayas, which combines three different amazing trekking in Nepal. The trek is considered as the most complete trek in Nepal because the trek covers most of the region of Mount Everest. If you want to experience all the fabulous high Himalayas region of Nepal during your short vacation then, we recommended the three passes trek in the Everest region to make a truly Himalayan journey of your lifetime.

The high passes trek is the most popular trek, which mostly focuses on the three routes: Cho La (5,420m), Renjo La (5,340m), and Kongma La (5,535m), which are also considered as the demanding highlights of the trek. The trek is the fantastic trek in the Khumbu region, which gives the true beauty of Himalayan. The trail passes through the high alpine valley and forest filled with the lust colorful rhododendrons flowers. High passes trek offers you a glimpse of the typical lifestyle of the Sherpa people along with their ancient culture and traditions. You also get to experience the ancient Buddhist monasteries on the trail, which reflects the old religion of the monks.

Three passes trek is the high altitude trekking route, which lies in the Sagarmatha National Park. The national park in an area of 1148 sq.Km is the habitat of a variety of wild animals such as snow leopards, musk deer, Himalayan Black bear, and rare red panda. The park is also dominated by the snow-capped mountains and encompasses glaciers that give you a wilderness experience. At some point, credit goes to the local people of the region because they protected the nature and beauty of the region. The vegetation of the region is slightly different because the plants are dwarf-sized, which stops growing when reaching the level of 5750m.

A journey to explore the three passes is the great lifetime opportunity that gives you a unique taste of Mother Nature. The landscape and narrow edges of the region gives you a thrilling adventure of your entire life. The three passes trek also offers you the stunning view of the magnificent mountains such as Mt.Everest (8,848m), Makalu (8,481m), Pumri (7,161m), Ama Dablam (8,516m), Cho Oyu (8,201m), Lhotse (8,516m), Nuptse (7,861m) and many other beautiful snow-capped mountains in the Khumbu region.

Route of the trek is somehow challenging as there will be lots of up and down the steps in the mountains. But, don’t worry, that’s the actual and true feeling of trekking in Nepal. You cannot enjoy the trek on straight pitch road, so you have to struggle a little bit to fulfill your trekking dream.

Besides that, the actual trek starts from Lukla (2,840m), which is considered the highest greenery mountain in Nepal. Lukla is also known as “Gateway to Everest Base Camp,” which helps to fulfill the dreams of many trekkers. After that, the journey begins on the off-road trail through the mountains and forest while experiencing the villages, ice-cold small rivers or steam, wildlife, and suspension bridge until we reach Namche Bazar. Namche is a small village where you can explore the beautiful local villages of Sherpa. You can even find some of the essential things in the Bazar, such as the ATM machine, cafés, hotels, and more.

As we move forward on the beautiful trail, we explore the  Khumjung village, which is the largest Sherpa village and is famous for the magnificent monastery. We also see a sculpture of Himalayan Yeti because some people of the region have claimed that they have witnessed Yeti in the Himalayan. The trail also leads us to other beautiful places such as Tengboche, Dingboche, which is also famous for the ancient Buddhist monasteries and village. You can also witness the prayer flag hanging in the roof of the houses.

Three Passes of the Trek

Renjo pass at the altitude of 5,360m is the first pass on the whole three passes trek. A beautiful place is a remote area that is blessed by nature. When you take a break in the pass then, you will be surrounded by the stunning snow-capped mountains. The close view of the mountains from the tea house will be an amazing memory of your entire life. The Renjo pass is a recently built path that takes you to the pristine Gokyo lakes as well as Ngozumpa Glacier, which is known as the largest glaciers in the Khumbu region.

The second pass among the three passes is Cho La pass, which is one of the highest passes in the Everest region of Nepal. A beautiful pass at an altitude of 5,420m provides you a view of breathtaking mountains, Glacier Lake, as well as Sherpa culture. The paths are challenging along with tough Cho La border; however, it gives you an amazing adventurous experience. Cho La pass also gives a glimpse of ancient monasteries and magical waterfalls. The pass also leads to the mighty Everest Base Camp (5,364m) and Kalapatthar (5,550m), which gives you a fabulous view of the Khumbu icefall along with majestic Khumbu Himalayas.

The final pass among the beautiful three passes is Kongma La Pass at an altitude of 5,535m. An amazing panoramic view of a snow-capped mountain in the pass will melt your heart. Besides that, the place is less crowded as well as less visited because of the challenging trail. But, the natural beauty in the pass is of another world that looks so wonderful and magical. Furthermore, the pass also marks as a return point from where we have started our journey.

How Difficult is the Three Passes Trek?

The Everest three passes trek is a challenging but quite rewarding trek in the Himalayas of Nepal. Trekkers will walk for about 5 to 6 hours a day, which depends on the breaks and destination. There are lots of up and down steps, long climb in rocky paths as well as in a forest. So to perform the three passes trek, you need to be physically and mentally fit. If previously have experience on trekking, then you can take advantage; however, if you have never performed the trek before then, practice some jogging and a long walk for about a month before starting a trek.

Note: Three passes trek is not recommended for those people who have suffered from a medical problem such as heart and lung disease. So make sure your body is completely fit for the three passes trek in Nepal.

When is the Best Time For the Three Passes Trek?

March to April: These months are perfect for the Everest three passes trek in Nepal. The weather conditions are perfect for the fabulous mountains view along with the clear blue sky. The spring season starts from March, which gives life to the different flora and fauna. The atmosphere starts to warm up, which is the most favorable time to experience the glacier.

May to June: The season is also perfect for the three passes trek, which is right before the trek. The mix of the season of summer and spring gives you the most enjoyable trek in Nepal.

September to October: The weather is perfect for the three passes trek, which provides you a clear view of the mountains and glaciers. The atmosphere is chilly, so you can fully enjoy the trek.

How About the Altitude Sickness?

During the three passes trek, you might suffer from altitude sickness, so take some altitude sickness medicine with you and, in case of an emergency, get help from for local guide. They know better than you about the sickness.

For the Three passes trek, you need two permits such as:

Three passes trek is the most amazing trek in Nepal, which gives you a glimpse of most of the Everest region. So pack your stuff and make a memorable journey of your entire life with Global International Travel. We make your trip more joyful that you can ever imagine in your life. 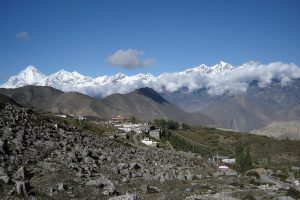 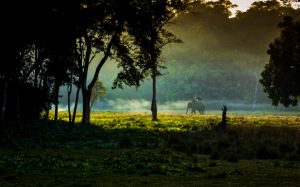 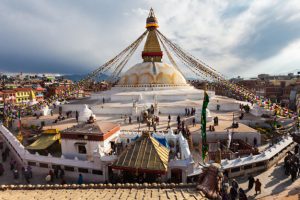 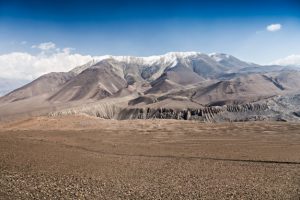 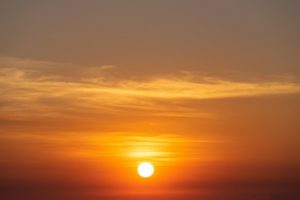 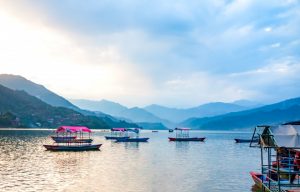