When you think of Nepal, probably, the first thing that strikes you mind is Mt. Everest, after all, it’s the highest peak on the earth. Along with Mt. Everest, Nepal is home to eight out of fourteen highest peaks in the world. Along with that, Nepal is blessed with the challenging river routes that attract most of the Adventure seeker. In the season of monsoon melting snow, and the rain makes the river perfect for rafting. So, here in this article today, we are going to talk about rafting in Nepal, what’s the best season to visit Nepal for rafting and what you will get to see.

Rafting is an adventure sport. It is also one of the most adrenaline-pumping extreme sports among many. Rafting can only be done in speed flowing water having high currents, thus making the river of Nepal a perfect match of rafting. It is a form of sport where a team or group of people get on an inflatable boat and take a ride in some of the fastest flowing river of the world.

People across all over the world come to Nepal for the adventure sport rafting. There are a handful amount of rivers where you can raft with all of your hearts. So, since the past three decades, Nepal has been successfully able to call itself the rafting capital of the world. A large amount of rivers makes it possible for everyone to get their types of the river to raft. From a gently flowing river for the beginners/first-timers to some almost impossibly fast-flowing waves for someone who wants to challenge their skills to the limits. There’s one for everyone seeking adventure among the rivers of Nepal.

Best Time of the Year for Rafting in Nepal

The best time to visit Nepal for rafting is from March to early June and September to early December. Here is why:

The best time to visit Nepal and go for any expedition, trekking, hiking is in the month of October and November, the fall season. With clearer skies, sunny days make Nepal ideal for those who want to trek and go on adventure sports like rafting. You will get to experience exciting river runs.

Rafting in the Month of March to early May

March happens to be early summer in Nepal and has a long hot day with lower water flow. That means you won’t get to see a fast flow of a river this month which is the best of those who are trying out rafting for the first time. As the season changes, in the month of May, due to some snowmelt and pre-monsoon storms, rivers gradually raise increasing the flow of river.

In both of the months, you will not get the thrilling experience while rafting. However, is best for those who want to take a taste of this sport.

Due to monsoon rains, the rivers in Nepal carry ten times their lower water flow that can flood at very high speed. This makes most of the river in Nepal insanely difficult. Only some rivers in Nepal commercially-run during the Monsoon season: Trisuli, Upper Seti, and Upper Sun Kosi.

May to June and September to Early October

The month of May to June and September to early October is the post-monsoon season in Nepal. Due to the monsoon run-off, rivers in Nepal flows in extremely high pressure and volume. In the time of the extremely high flow of the river, it’s very dangerous to be in the river. In order to attempt rafting in this season, you and your team should be very experienced and should have knowledge of the rivers and need to have a very experienced rafting company.

In December, due to the start of the winter season, the days are short. The water in the rivers has a good flow however are too cold to enjoy. If you still want to experience rafting in this season, it’s better to wear wet-suits or consider shorter trips like hiking, site seeing or roaming around the city area.

The rivers are vastly categorized into different classes according to the difficulty in maneuvering the raft on the river. The categories of the river are:

Class 1: These are the simplest river with little to know obstacles in the way and have a very gentle flow. This is the place to begin with if you’re just getting into the sport of rafting.

Class 2: These Rivers have a relatively stronger flow than the class 1 rivers but still are not uncontrollable; they have a little amount of obstacles too.

Class 3: These Rivers are similar to class 2 rivers and have relatively more flow than class 1 rivers and also have a lot more obstacles a good understanding about rafting should be enough for you to get along these rivers.

Class 4: These Rivers usually have a long distance between the beginning and the end. These Rivers contains a lot of obstacles and also has a lot of strong waves, a good ordination is required between the teammates to complete these classes of rivers.

Class 5: rivers from class 5 have a relatively long route and along the route is a strong flowing river with a lot of obstacles like large rocks, and boulders. Avoiding and rafting through those obstacles takes a lot of energy, thus only a team with experience should raft of these kinds of rivers.

Class 6: These Rivers are strong flowing and have a lot of obstacles like huge rocks and holes that may make it impossible for the raft to go pass through. Thus these types of rivers are impossible to raft on.

Nepal is the best place in the world for white water rafting with over 600 rivers flowing through the country. And what makes Nepal for the best place for rafting is the level of flow of water in all of these rivers. If you are a beginner, there are river streams where you don’t have to be a pro to paddle. Likewise, if you want to go for challenging rafting, there are tons of fast-flowing white water that are most difficult that makes a memorable rafting tour in Nepal. So, without any further ado let’s talk about the top rafting spots in Nepal.

The nearest rafting spot from Kathmandu is the Trisuli river which is three hours west of the city. Trishuli River is a popular river for rafting that opens all year round. If you don’t have a lot of time and want to explore a lot of places in a short amount of time, Trishuli is your rafting spot in Nepal. Rafting in Trishuli River is relatively easier than rafting in any other white water rivers. The gently flowing river, some rapids, and the easily avoidable obstacles make it the best river to raft for the beginners. And also the river offers some great volume rapids that are bouncy, splashy which is fun and safe. The river is a lot of fun and incredibly safe which offers swimming, cliff diving other than rafting. The guide will take you to the place where the current of water is very low where you can jump into the water.

Easily accessible from both Kathmandu and Pokhara make it a perfect place to go for a rafting trip for a day. With about 40$ you will be covered for the whole rafting trip, food and lodging service along with the shuttle service.

Upperseti is one of the harder rivers to raft on; it is located within a short distance from the city of Pokhara. Upper seti rafting is the best single-day white water rafting from Pokhara. It is the rafting spot that you should not miss. Rafting Seti rafting is the shortest trip, however, it contains continuous rapid of over 40 minutes which is similar to the rapid that Kaligandaki offers in 3 days.

Upperseti has the perfect amount of rapids and strong currents. However, you will be set back on the budget as it costs you 120$ for the rafting.

Lowerseti rafting is the gentler and softer little brother to the Upperseti River. It is one of the safest rivers to raft as a beginner. If you’re thinking about signing up for a raft in the Lowerseti River you will be well for singing a subscription for 2 days.

Rafting in Marsyangdi isn’t for the weak-hearted people. The current and flow in the river are also extreme. The starting point is not as far as the other rivers as it only takes you a couple of hours to get there. Marsyangdi River is one of the best rivers for white water rafting and is quite reasonable considering the price to be around 300$ for the whole package.

Rafting in Kaligandaki is relatively harder than rafting in Trishuli. The currents and larger and require strong paddling of the raft. However, getting to kali Gandaki isn’t the easiest way to do. First, you’ll have to get to Pokhara which is 200kms from Kathmandu. And from Pokhara, you’ll have to travel 72kilometres through bus which takes around 4 hours to get to the starting point. Rafting in Kali Gandaki is quite expensive too. The package begins at 550$ per person and also varies according to the season. It includes all the accommodation, food and transportation.

These are the best rivers to raft in, not only Nepal but also in the world. The price may vary according to the season, while many rafting rivers are seasonal keeping safety in mind. As the level of water tends to rise during the rainy season. It would be best for you to do a little research and book a package forehand before you decide to raft on any one of these wonderful adventurous rivers. 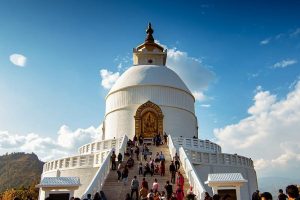 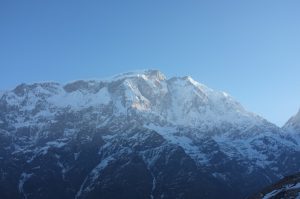 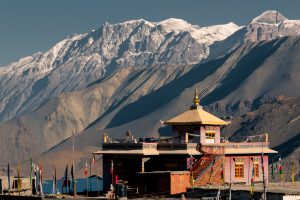 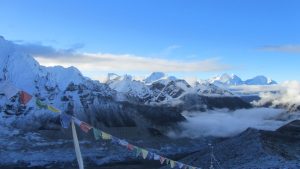